In 2011, 2016 and now in 2021, former Trisha Brown Dance Company member Abigail Yager taught the Candoco Dance Company dancers exact sequences from the original choreography and later guided them in an extensive improvisation process whereby they used the same set of instructions that Brown gave to her Company in 1983: keep it simple, act of instinct, stay on the edge, work with visibility and invisibility, and get in line.

Abigail Yager on the restaging: The Set and Reset/Reset Project examines the shifting nature of choreography in relation to underlying structures that anchor a dance to itself. The process of re-construction (as opposed to replication) is a negotiation between freedom and limit – an exploration of possibility as the dancers create a new version of Trisha Brown’s landmark choreography.

Trisha Brown on the original choreography: I was asked, at the time, to title the dance before it was choreographed. I was considering my earlier anti-gravitational dances, such as Walking on the Wall as the set, my background as the background. Robert Rauschenberg entered the project soon after. His initial idea for a set, uncannily, a living set. Bob uses the expression “visual presentation” for his work on my stage. The moving images of the slides and films have a random relationship to the specific events of the dance, however, simultaneity becomes interaction. It’s all one thing in the end.

While the fluidity of motion makes it all seem simple, we’re actually watching a complex human geometry unfold. Crucially, the sheer joy of movement shines through.
The Stage

Set and Reset/Reset and Last Shelter 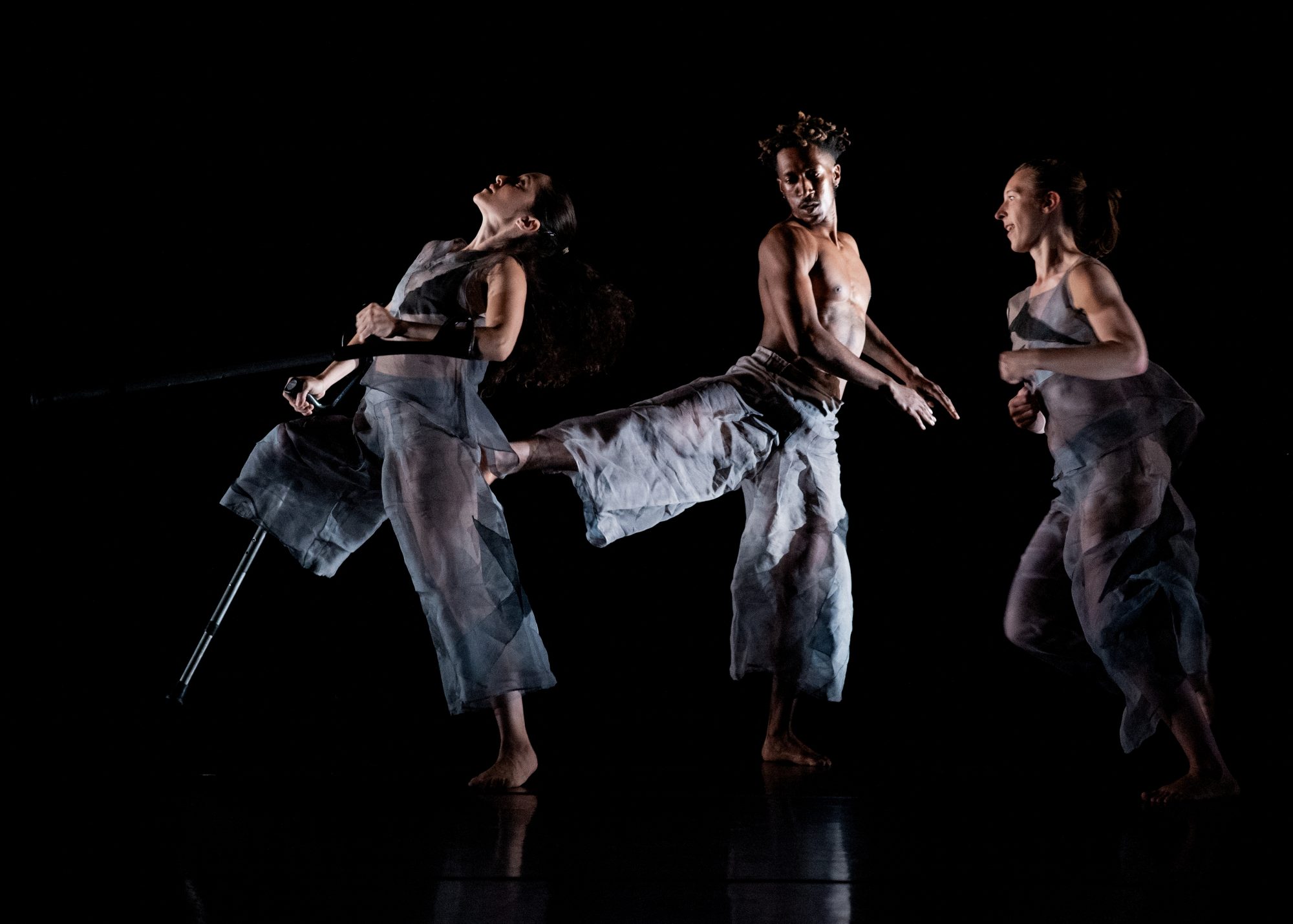 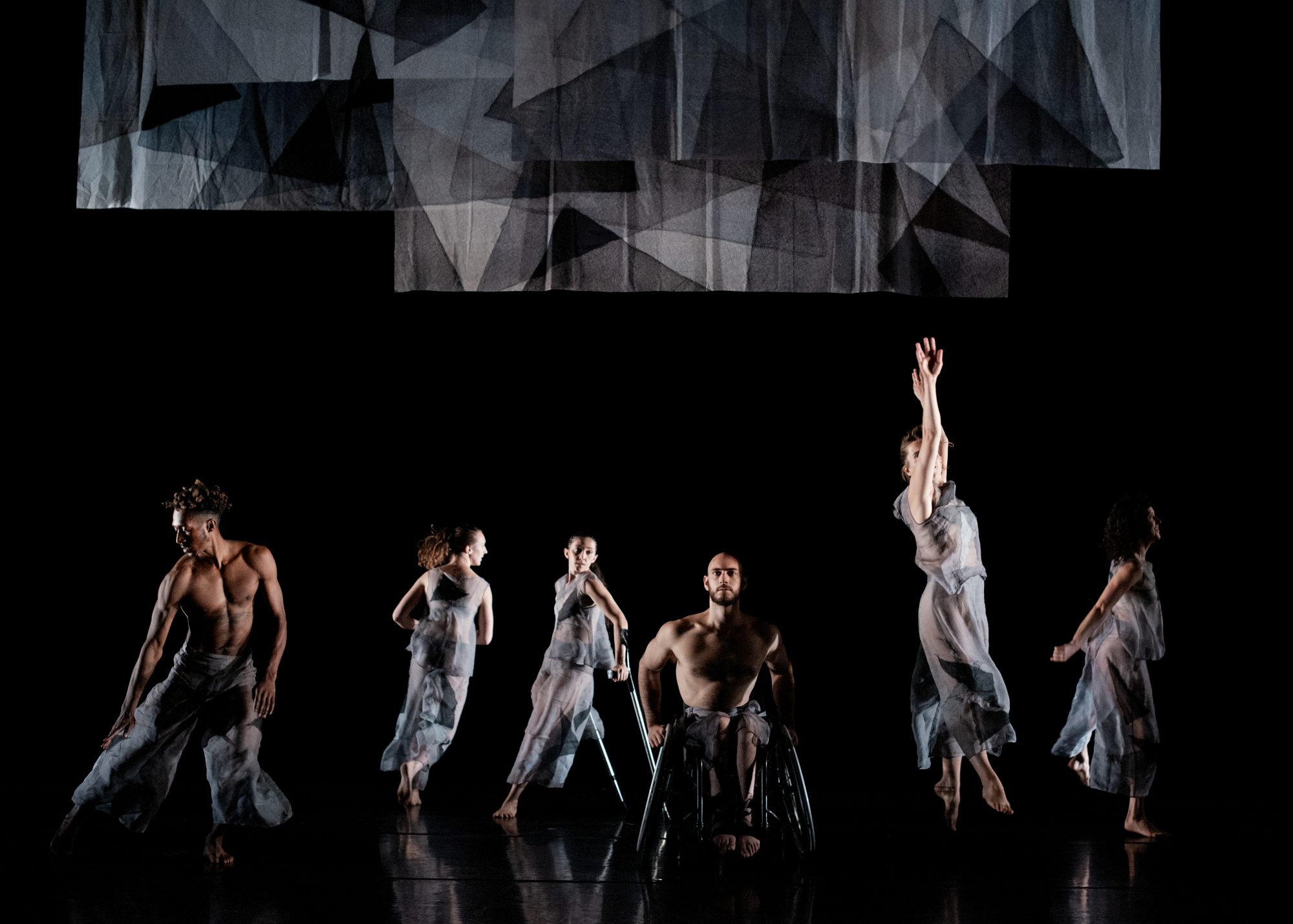 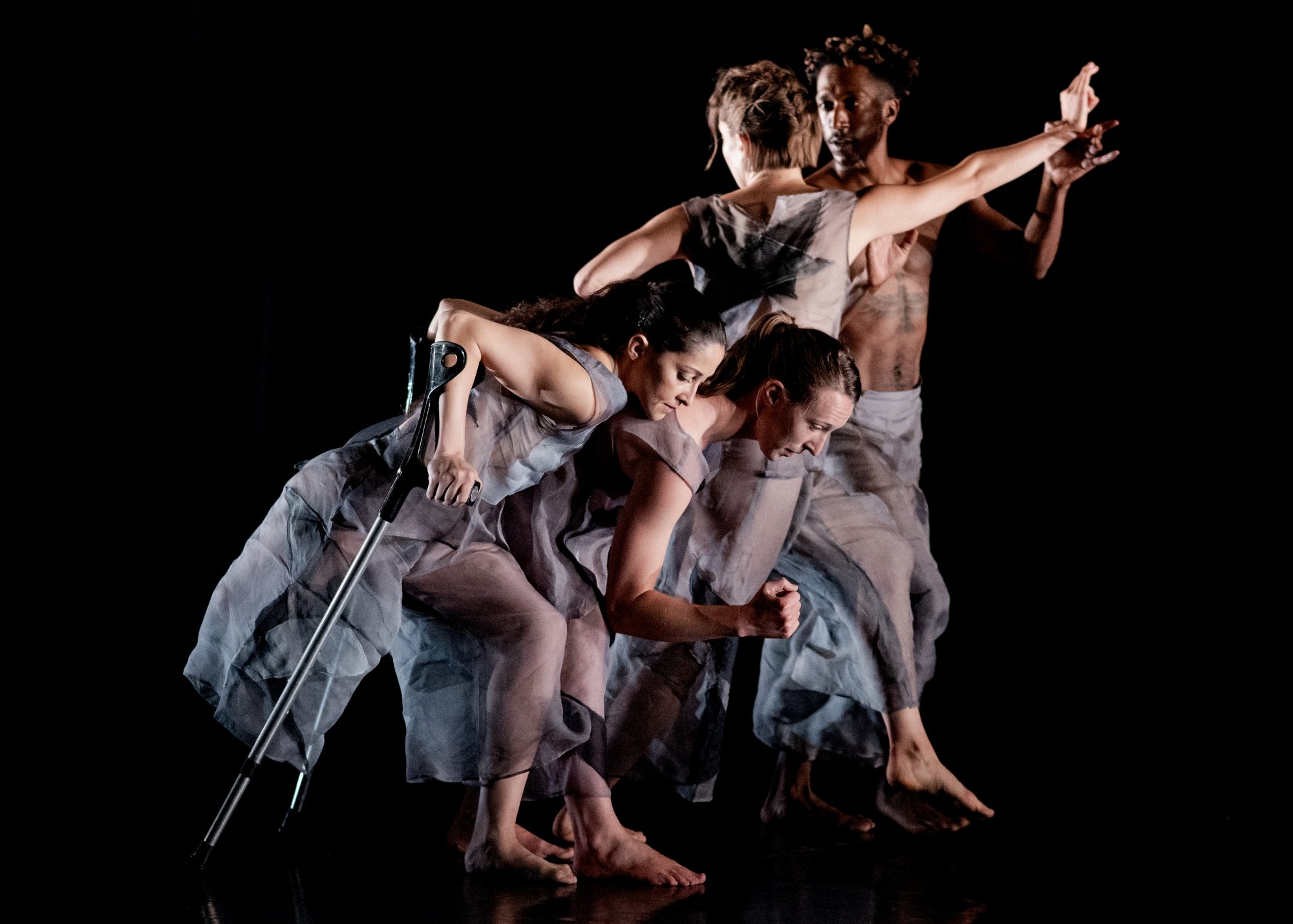 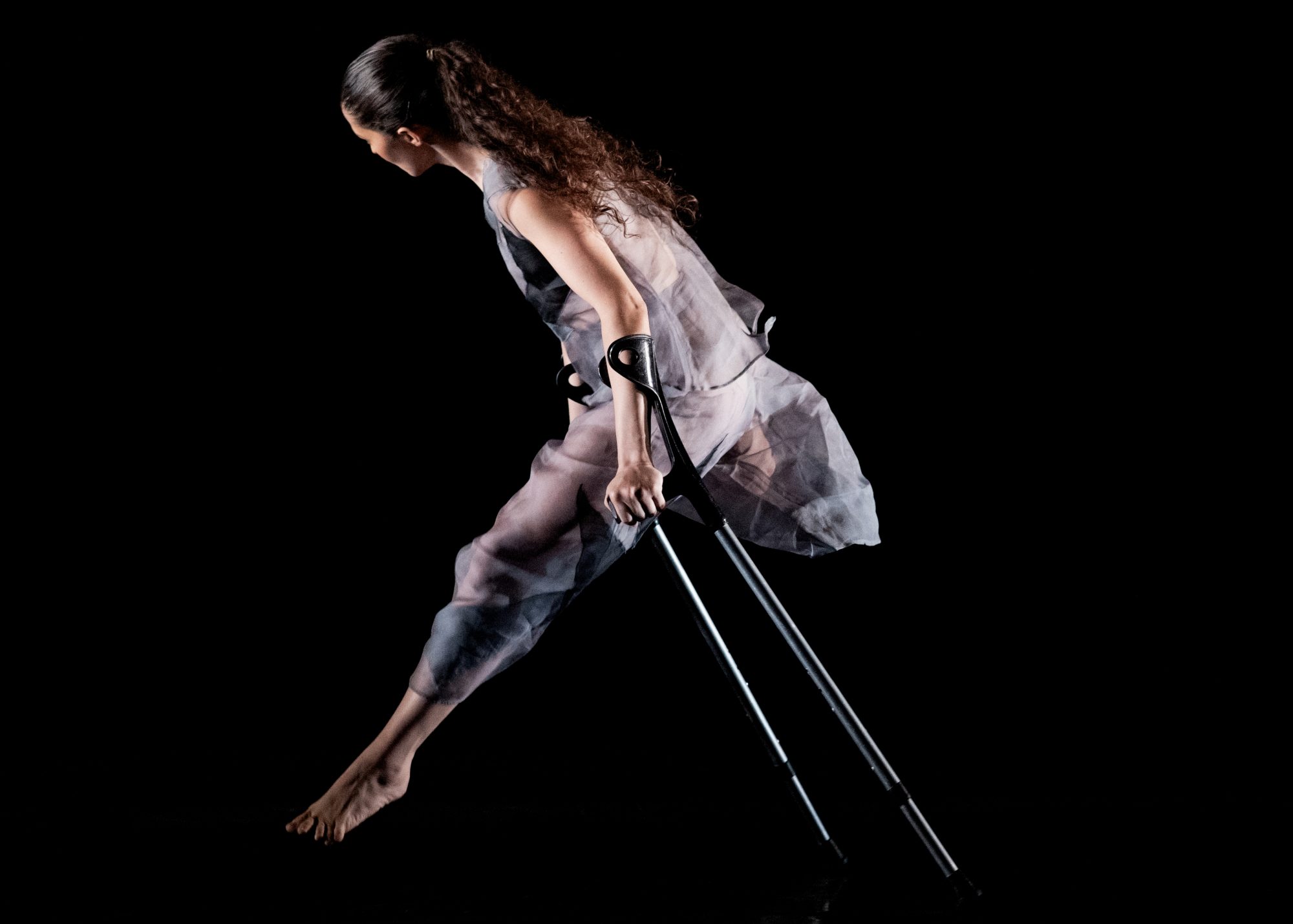 Music with kind permission by

Check out Candoco's most recent reviews from their double-bill performance of Face In and Hot Mess- performed at Bristol Old Vic and Laban.
Read more
what's on Interview 2020 Face In Hot Mess Works