Skip to content
Out of Here 1998. Choreography by Annabel Arden, Jos Houben and Candoco Dance Company.

The story of this piece begins in 1994 when I saw Candoco in Dublin and was fascinated by their individual presences on stage but even more by the projection of their identity as a group. When we began working together certain images came up: of escape and entrapment; dreams of flying; being buried under a volcano; the great escapologists and their stunts; the brooding presence of disaster; tidal waves, explosions and comets. The world of the company’s imagination is dark and funny and reminded me of stories by (amongst others) Franz Kafka, Daniil Kharms, hugo von Hofmannsthal and Andrzej Szczypiorski. They approached these stories rather like archeologists, unearthing encrusted objects which are inspiring because their meanings are many and resist coming to light. The Company, Jos Houben and myself worked in many ways to explore or themes of escape and freedom. We read and explored the movements of stories. We considered the dynamics of things which appear not to move: stone, statues, sleeping and dead bodies. We looked at the city as a trap and a place to escape in your dreams. Poems by Charles Simic like ‘Mirrors at 4am’ and ‘Shirt’ provided yet more starting points for intimate dances. We realised that we had begun to populate a large territory with stories of people on journeys, people escaping and people trapped.  And so ‘Out of Here’ grew into a set of gestural poems, the whole of which can be interpreted as a journey. It became clear that this was a real departure for all of us. The journey is ultimately a musical narrative, rather than a narrative in more strictly theatrical or dance terms. Our composer, jay Arden, was of course central to our process. His musical words were our first material for improvisation; and he was able to respond with marvellous speed to the material created from texts. At a certain stage the music became our only compass as we explored the unfamiliar world we had uncovered. ‘Out of Here’ is a result of these collaborations and reckless dedications of the company to their work.
Annabel Arden 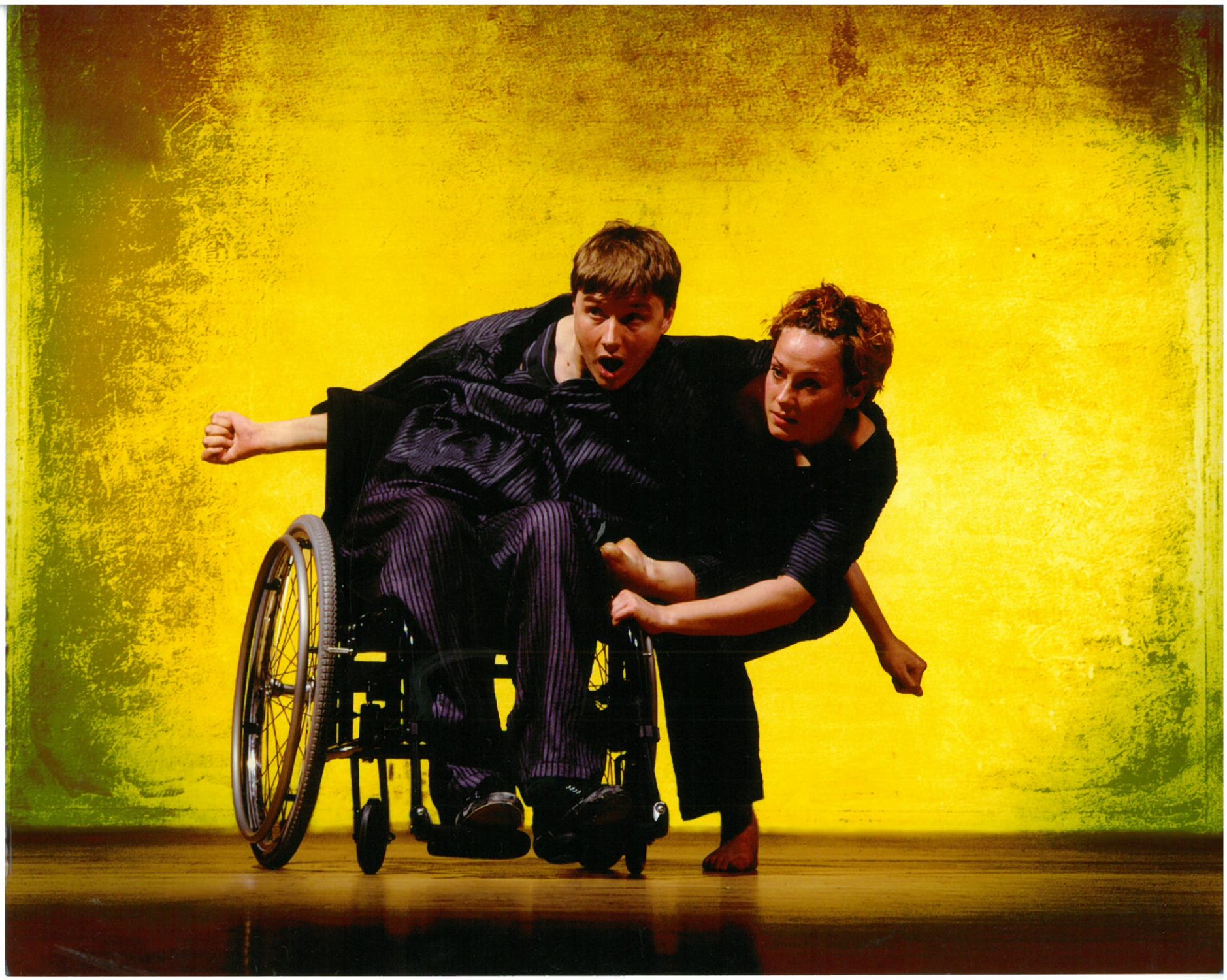 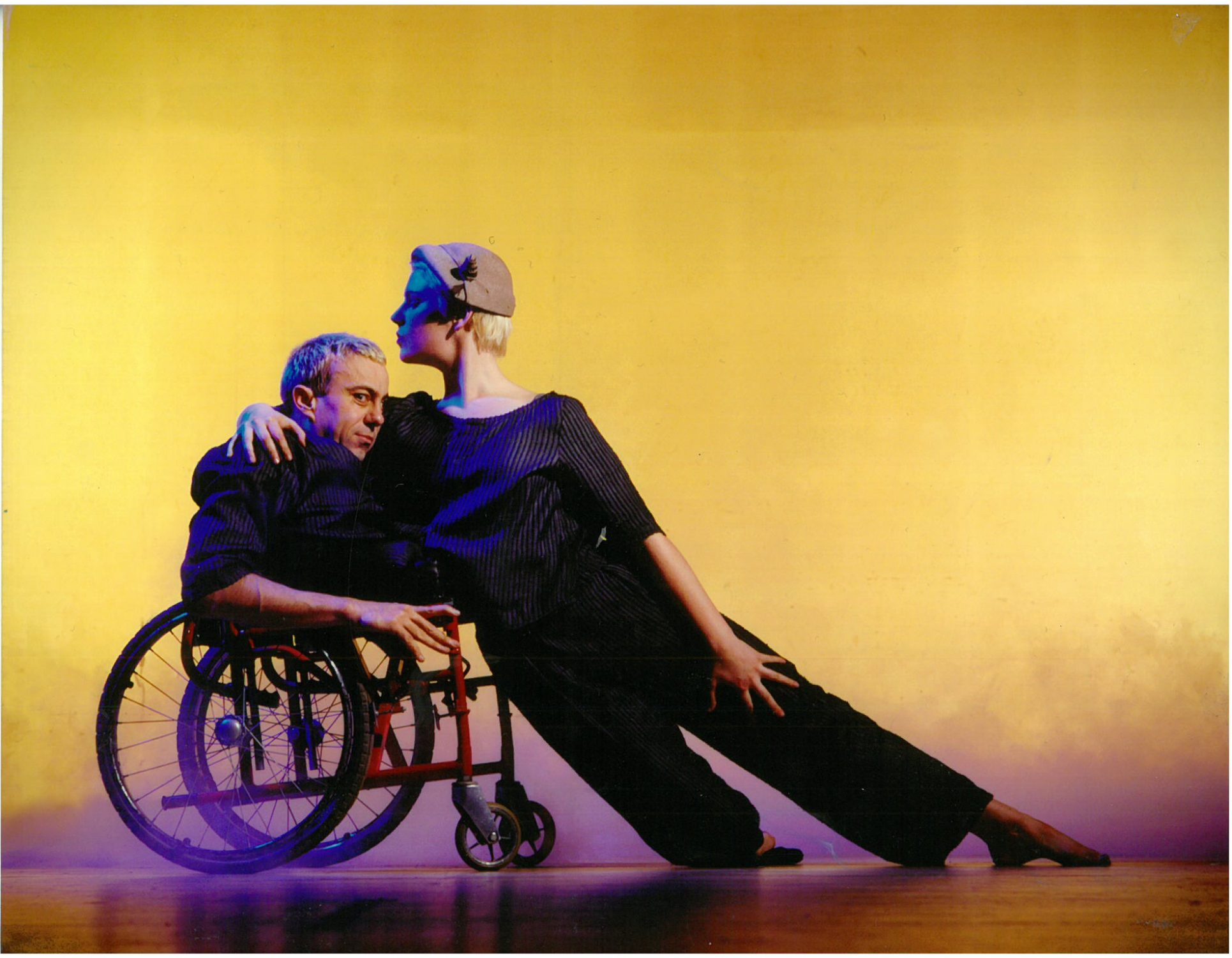 Assistant to the Directors

Helen Bagget, all at the Half Moon Young Peoples’ Theatre and the technical team at Riverside Studios