Skip to content
It is with great sadness and honestly, heartbreak, that I try to write down in words something to express the brilliance of my dear friend and beautiful dancer, France Geoffroy (1974-2021), who died peacefully on 30 April 2021, cocooned by her closest loved ones.

I met France in 1999 through my then boyfriend, a founder member of Candoco Dance Company, Kuldip Singh-Barmi.  I had flown out to Montreal to visit him and see the duet he was creating on France and himself.  I ended up staying for a month to help them with the duet.  From the moment France and I laid eyes on each other we fell in love as friends.  She gave a look that made me feel chosen.

We also fell in love as dancers.  We never had the opportunity to perform together, but when I made work on her company Corpuscule Danse in 2005, her duets in the work were made with me, which I then taught to the other dancers.  We had a simpatico as dancers – a communication and way of moving together that is just so easy to understand. I wish we had had more time, more dancing together, more cups of coffee, more sitting on her lap whizzing down Mont Royal in her electric wheelchair, more glints in the eye, shared smiles and laughter, more long conversations.  Just more.  I wish we had more of France.

France and I were there, early on in each other’s dance careers.  I am humbled that her dear friends and colleagues have reached out to me at this time, to share news about her last months and her passing.  In her last year, France was in deep neurological pain.  Access to treatment was scarce, due to the Covid19 pandemic, and the treatments she did access were unhelpful.  France made the decision to proceed with medical assisted dying and on 30 April, France left us, surrounded by love.  I am told France was serene, in peace, and ready to let go.  Fly free Darling Heart.

I am grateful we spoke to each other last year during worldwide lockdown.  Of course, I didn’t know it was the last time I would speak to her.  I’m so glad we made that time to connect. I was hugely lucky to meet France, to form a friendship and to make work with her.

In 2001 France and I arranged to meet for what became a reckless clothes shopping jaunt in Paris (we bonded over our passion for buying clothes), followed by Candoco’s residential international summer school (where I met my current partner, with whom I have two children).  It was at this summer school that France invited me to Montreal to make work on her newly founded company Corpuscule Danse.

So, 2002, pregnant with my son Nathan, with a horrible cold I had picked up on the plane, I made a duet with France and Isaac Savoie (co-founder of Corpuscule Danse) to be performed at benefit galas.  They were beautiful duet partners, dancing together many, many times over the years, as they established the company in Quebec and beyond.

I remember, in 2003, when Nathan was born and I told France that he had Down’s syndrome, she asked me, “Is this the condition where they all have the same face?”*  I had to laugh.  This was France. A Francophone Canadian who always complained about her English – she hated speaking English!  For my part, I developed her Quebecois accent when speaking French, which I’m quite proud of.

I went back to Montreal in 2004 and again in 2005, choreographing ‘All in an Instant’ on France and an invited ensemble of dancers, including Marie-hélène Bellavance, who went on to become co-Artistic Director of Corpsucule Danse.  ‘All in an Instant’ was programmed at Theatre Tangent in Montreal, in a double-bill, over several nights. In 2007, I invited Marie-hélène to the UK to develop a duet from ‘All in in Instant’ to be performed in Resolution! at The Place 2007.

Corpuscule Danse was Quebec’s first inclusive dance company and is an established and important force in dance in Canada. The company has a strong performance, education and outreach programme.  France Geoffroy has left a powerful legacy.

France was one of the best kind of humans. Courageous and soft. Strong and vulnerable. Fierce when she needed to be, but never if not.  Beautiful and special.  Fun and accepting.

I will miss her.  I miss her already.

One of France’s oldest and dearest friends René Lisi wrote to me, “let’s continue to make her shining among us”.  France Geoffroy, you will always ALWAYS be shining in my heart and in my sky.

*(in French Down’s syndrome is called Trisomy 21, referring to the duplication of the 21 chromosome). 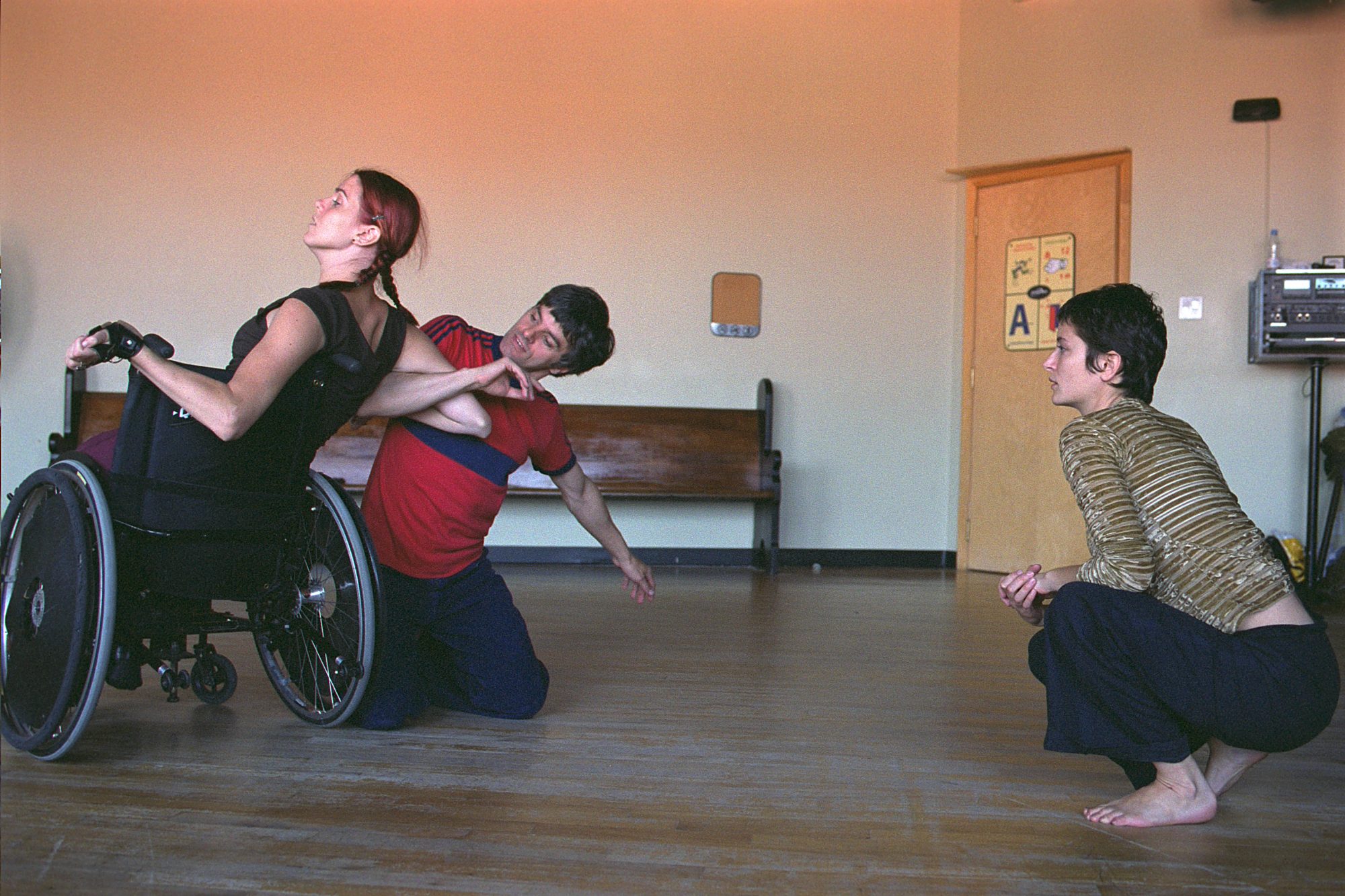